As part of The World Science Week, a scientific event - Central Asia Nobel Fest II took place from April 7th to April 9th, 2021 in Kazakhstan and was organized by the Inclusive Development Foundation in cooperation with universities in Kazakhstan.

Central Asia Nobel Fest is one of the largest scientific events in Central Asia. At this event, worldwide experts, scientists, and Nobel Prize winners deal with the most important scientific challenges – especially for researchers, students, and schoolchildren. The main mission of this event is to improve the scientific and educational environment in Central Asia. The project aims to inspire a generation of young researchers to strive for new discoveries, achievements, and fulfillment of their potential. The festival program addressed the following issues: innovation in education, development of smart cities, Industry 4.0, innovations in various fields of science, economy, and sustainable development.

Ivana Kovačević, a teacher of Serbian language and literature, the Best Educator of Serbia in 2018 awarded by the Association "Živojin Mišić and a finalist for the Global Teacher Prize 2020 had the opportunity to participate in Central Asia Nobel Fest LIVE zajedno sa 14 dobitnika Nobelove nagrade i mnogobrojnim naučnicima i kolegama iz više od 60 zemalja. 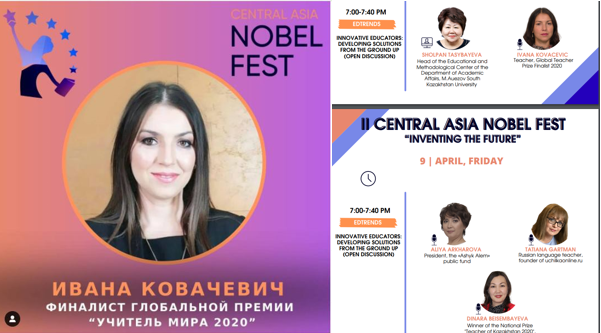 You can see the festival program at this link.

Together with Ivana, the Innovative Educators session was attended by Aliya Arkharova, Tatiana Gartman, and Dinara Beisembazeva. The moderator was Sholpan Taszbazeva, head of the Education Center of the University of Kazakhstan. Ivana presented the work of her school, which organizes classes in hospitals and at home. Also, she showed many years of experience in conducting distance learning and presented an example of the lesson that covers stories of Serbian Nobel Prize winner Ivo Andric. Ivana showed decades of work of multi-award-winning online literary section and examples of educational platforms that have proven to be useful, free, and publicly available educational tools for working in a digital environment.

Ivana proudly points out that she is truly honored to be invited by the Organizing Committee of the Nobel Fest to participate as the main speaker at such a large and important event, where scientists from all over the world and Nobel Prize winners were exchanging experiences. The event was attended by more than 20,000 participants from more than 150 universities. 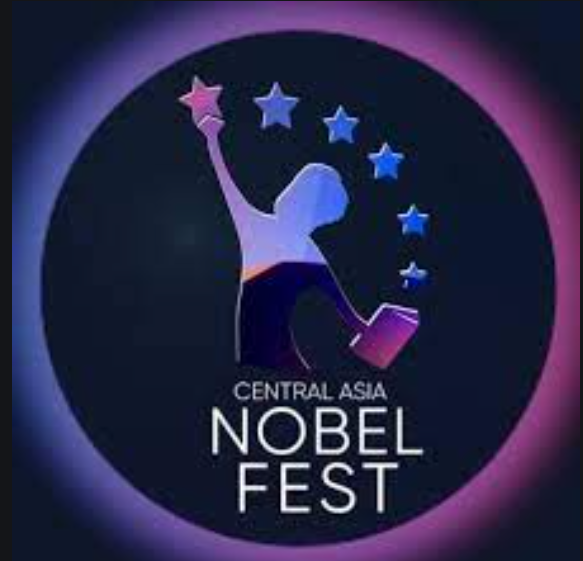 You can found more about the event at this link.