The best educators in Serbia

The best educators of Serbia have had the opportunity to hold educational workshops with the youngest visitors of Immo Centre at the festival “Volimo da učimo“.

Jelena Babić, a primary school teacher from Prokuplje, opened the festival with the workshop “Recikliraj, pa zasviraj” (“First recycle and then play music”) which was aimed at younger school children. The aim of the workshop was to raise ecological awareness, creativity and imagination. Jelena gave consideration to the development of love for music, art and culture.

The motto of the workshop was: “Recycling is not nuisance, embarrassment; recycling is when a used packaging is recycled!”

The participants of the workshop had the opportunity to make great musical percussion or string instruments from waste material by using plastic bottle caps, spoons, jar lids… Jelena had prepared the layout of the instrument models which children ought to make from the material which did not necessarily have to end up as unrecyclable waste.

After making the instruments, the children jointly performed their rhythmic models which they had already written down on their music cards.

Jelena described what the workshop looked like in a few words: “A positive experience. I am very pleased to have taken part in these workshops. The children are wonderful. It is interesting that even younger children knew what recycling is and explained it in their own way. They showed strong interest in the work, they actively took part in the talk and enjoyed making the instruments. The smile on their face when they see that their instrument really works was the most fascinating thing for me. 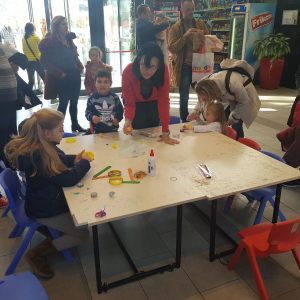 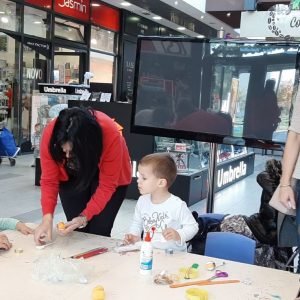 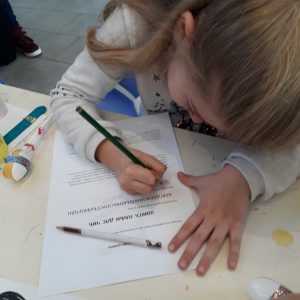 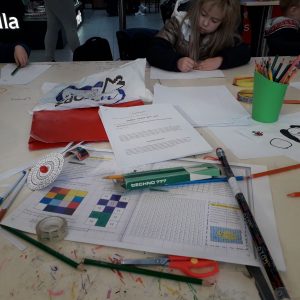 Slađana’s opinion about the workshop is encouraging and positive: “It is not important how old you are and whether you started school or not. It is important that you have a desire to learn something. My little friends have learnt what the Polybius square is, they broke a Caesar’s code and made a scytale.

The opportunity to hear “The Magic Accordion” was created by Danijela Rakić, a teacher of accordion and chamber music from Belgrade.

In this workshop, the children had the opportunity to learn about a musical instrument – accordion. Danijela, with her students, held a mini accordion concert.

Danijela is satisfied with the interest of the youngest in music and instruments: “In the workshop, apart from a short lecture about accordion, the participants had the opportunity to hear a mini concert, which was held by the students of Music School “Kosta Manojlović” who performed authentic and transcribed works for accordion. A chamber group - the violin and the accordion - was interesting where the children saw the possibility of the joint play of the two instruments. The participants of the festival had the opportunity to draw at the end of the festival the instruments which they had already heard. It is interesting that the youngest showed strong interest in instruments and music school “. 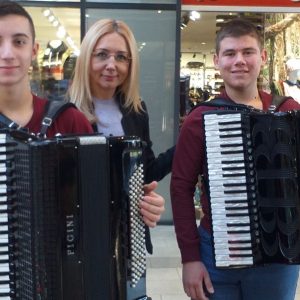 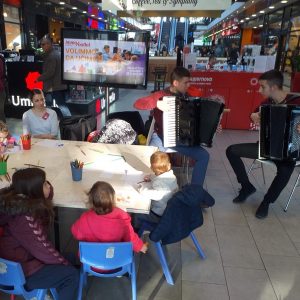 The aim of the workshop was to facilitate children’s interpretation and expression of their own needs and desires, obstacles to their meeting or fulfillment and make them realize that needs can be met in different ways. 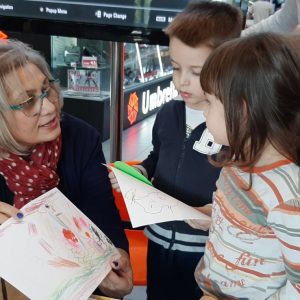 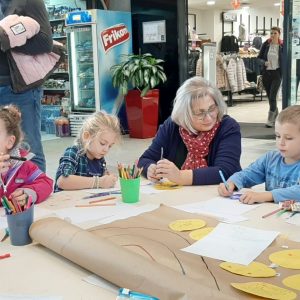 This is how it looked like from Gordana’s point of view: “In a pleasant and working atmosphere, the creativity of little children became prominent”.

Aleksandar Mijalković, a Serbian language and literature teacher from Inđija, closed this festival with the workshop “I have got IQ for HAIKU”.

The workshop was aimed at introducing the participants to the haiku form in poetry and the practice in writing this short poetry type through several different tasks. The gist is to master concise expression and to represent a brief thought or emotion in a longer form – always in three lines, of the standard metrics of 5 - 7- 5 syllables. 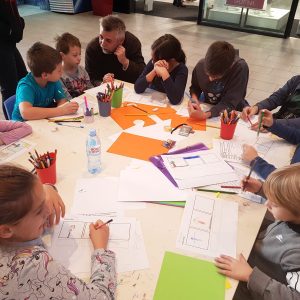 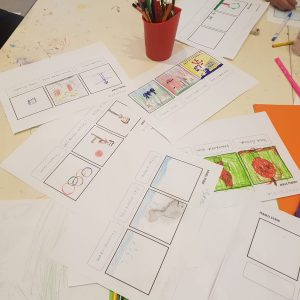 Aleksandar says: “It is interesting that I have not had the opportunity to work with preschool children. I was surprised by the fact that they were equally interested, just like older children. Without any obstacles or problems, they mastered the writing of haiku.

We thank the team of the portal The Best Mum in the World for cooperating again and our best educators for the successfully held workshops.